There’s a chill in the air because the seasons have changed…and it’s the time when folks look for hayrides, corn mazes and a fun scare. This week’s playlist is all about tapping into that mood and is perfectly paired with an essay from Jasmine Graham on Black folk horrors.

Beyond that, the owners of The Sacred Lounge in Michigan are helping women reconnect with their yonis, “Big Brother” finally crowns its first Black winner after 23 seasons, almost half of this year’s MacArthur Geniuses are Black, Kelly Price showed her face, Ray J tattooed his sister’s name all the way down his arm and a Black woman is in charge of one of the latest electric vehicle charging companies.

-Billy and the team at BLAC Magazine

Listen to Best of the Rest on Spotify

Xavier Prather won $750,000 and became the first Black person ever to win the CBS megahit show “Big Brother.” Not only that, the other two to take home prizes were also African American. Runner up Derek Frazier, son of boxing legend Joe Frazier, took home $75,000 for coming in second place, and Detroit native Tiffany Mitchell was awarded $50,000 as America’s Favorite Houseguest. Mitchell was also responsible for ensuring that someone Black would win the game as she masterminded the strategy that took all six members of “The Cookout” alliance to the end of the game. (TheGrio, Entertainment Weekly, Parade)

Almost half of the 2021 “Genius Grants” awarded to someone Black

Kelly Price herself confirms that she is not missing

In a bizarre case, Kelly Price herself has confirmed to her immediate family and law enforcement that she is safe after being officially listed as a missing person in the state of Georgia. In a brief interview that was released to the public, Price shared that she contracted COVID-19, and at one point, was pronounced “medically-dead.” The singer is still on the mend as she says she has a ways to go before she is “concert ready.” (TMZ, TheGrio, NBC News)

After losing his job, the Senegalese-born, Italian-based Khaby Lame started posting videos on TikTok. In less than two years, he has amassed one million followers and a multi-million dollar fortune, by speaking what he calls “the global language.” “It’s my facial expressions which make people laugh,” he said. (NYT)

Natalie King is the first Black woman founder of an electric vehicle charging company. Formerly an attorney, King launched Dunamis Charge in 2019 after a year of research and development. The chargers are expected to be offered in three models — a commercial fast charger with a screen for advertisers; a residential model; and a commercial model for use in parking lots. (Forbes)

BLAC Fridays Best of the Rest: We Are The Culture 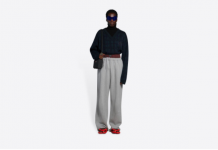 BLAC’s Best of the Rest: Takin’ U 2 Church

Out Front: 1st Black Driver to Win NASCAR Cup Since 1963

How a 7-Year Old is Changing the World of Toys

Why BLAC loves press on nails, and you will too

ABOUT US
BLAC® is the premier lifestyle magazine for African Americans in and around Memphis. We cover the people, places and issues of importance to our community.
Contact us: editor@blacdetroit.com
FOLLOW US
© Copyright 2021 BLAC® Inc. All rights reserved.
MORE STORIES