When we ask you, our reader,  to ‘take a bow’; we’re using it figuratively to say that you deserve to be praised. This week we want to give flowers to you; our BLAC readers and content creators right now.This weekend we invite you to take that much needed bow by allowing us to give you the praise and recognition you’ve worked towards all week. You’ve held your head up when someone has said your name in a negative way; you’ve smiled through a painful triggering experience and you’ve even done something nice for someone who has done you wrong. We see your efforts and we say “Take a Bow.”

What does “Taking a Bow,” look like over here at BLAC? It means listening to our “Bow down’ playlist while learning about the phenomenal legacies being left by women of Sigma Gamma Rho celebrating their centennial or artists like Beyonce, Ciara and even Charles Barkley who are doing their part to make our Black history sustainable. We also created a specialty cocktail mixture of Black-owned cocktails from our BLAC Happy Hour menu in praise of our contributions to culture. Finally have a much deserved celebration of our culture at this year’s African World Festival happening in Detroit at the Wright Museum.

If you missed it this week, we reported on; Jamie Foxx and Snoop Dogg teaming up in a new film “Day Shift,” coming to Netflix this summer, the new Black destination of Zanzibar unfolding for tourism and Chicago’s SOPHY hotel being recognized in the “Best Of Hotels’ list in Travel & Leisure.

Darralynn and the Team at BLAC

After announcing her new deal with Republic Records and Uptown Records, Ciara has released her new summer single “JUMP.” Following the announcement, she teased her single for a week until it dropped last July 8, 2022. “JUMP” officially marks the artist’s debut for Republic Records and Uptown Records and in partnership with her own label, Beauty Marks Entertainment. The single sets the pace for the next chapter in the musician’s career.

The historically sisterhood of Sigma Gamma Rho Sorority Inc. is celebrating its centennial anniversary with a day of community service. The sorority invited its members, affiliates, friends, and the public to join them in a full day of events and activities that promote service. In addition to the “Day of Service,” there will be a “Political Advocacy Panel Discussions” that tackles the topics like “Criminalization of Women of African Descent in Human Trafficking,” and “You Should Run for Office.”

3. Black-White Wealth Gap Getting Worse, 160 Years of US Data Show

The gap between the wealth of Black Americans and white Americans, one of the best examples of inequality in the US, is on track to grow wider after the 3-year pandemic, according to new data detailing over 100 years of racial wealth disparities in history.

In an unexpected announcement, the NBA Hall of Famer donated $1 million to Spelman College in Atlanta, saying that he decided to donate after seeing the college’s impact on the daughter of John Hudson, his business partner and friend. Jordyn Hudson, most notably, premiered a documentary, “Shape the Culture: Then & Now,” which tells the story of the Birmingham civil rights movement and attempts to make its history relevant to the youth, an impressive undertaking for a college sophomore that caught Barkley’s attention.

5. Chicago’s SOPHY Hyde Park Ranks as One of “The 10 Best Hotels in Chicago” in Travel + Leisure World’s Best Awards

Travel + Leisure has released its 2022 World’s Best Awards and it has named Chicago one of “The Best 15 Cities in the United States” and has the independent boutique hotel SOPHY® Hyde Park as 8th top hotel in the city. The public that voted noted that Chicago has everything that’s good in any large United States city, particularly citing its Midwestern charm, and well-oiled public transportation system. Every year the magazine puts out a survey for its readers to vote and share the great vacation spots from around the world. SOPHY’s Chicago location is a 98-room boutique hotel located at the center of the Hyde Park neighborhood, and the it ranks with some of the larger hotel names like Sofitel, The Peninsula, and Hilton in the top 10 list. 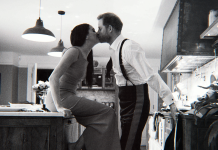 Harry & Meghan, The Documentary Series On The Duke and Duchess of Sussex Releases Trailer 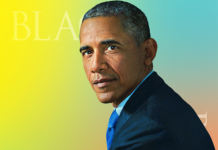