Subscribe
Home Hot Topics BLAC Fridays Best of the Rest: We Are The Culture

Hey ya’ll. It’s been a heavy news week. Images of border patrol agents using a whip-like cord to round up Haitians for mass deportation went viral, despite the fact that they were seeking asylum from a country that has recently been devastated by both natural disaster and extreme political instability. We lost icons in Black film and music. Jennifer Hough revealed the intensity of the intimidation and harassment she’s faced from Nicki Minaj and Kenneth Petty and R. Kelly’s lawyers redefined audacity by comparing the singer’s current court battle to MLK’s fight for civil rights. WILD.

But, Black women continue to inspire and make history with Debbie Allen and Michaela Coel taking honors at the Emmys. Sierra Allen reminds us how Black culture keeps setting culture. Jessica Nabongo shows us where the woman who has traveled to every country in the world takes her rest and Nick Cannon adds more adventure to his pandemic experience with a brand new talk show.

-Billy and the team at BLAC Magazine

Mass expulsion of Haitian migrants in need of asylum

Thousands of Haitian migrants fled to Texas seeking refuge from a nation that is experiencing great devastation and political instability, following a massive earthquake and the recent assassination of President Jovenel Moïse. Expulsion of Haitian asylum seekers has been swift, with flights back to Port-au-Prince ramping up to seven per day. There has been much criticism of the Biden administration for executing this policy, including by U.S. special envoy to Haiti Daniel Foote. “I will not be associated with the United States’ inhumane, counterproductive decision to deport thousands of Haitian refugees and illegal immigrants to Haiti, a country where American officials are confined to secure compounds because of the danger posed by armed gangs to daily life,” he wrote as he resigned. Black leaders and civil rights groups have condemned the White House’s “systemic racist immigration policies that demonize Black people.” (Associated Press, The Intercept, NYT, NPR, The Daily Beast)

Jennifer Hough, the woman suing Nicki Minaj and her husband Kenneth Petty for witness intimidation and harassment, spoke out in an interview on daytime talk show “The Real” earlier this week. In her lawsuit, Hough asserts that Minaj and Petty have pressured her to recant her statement about a 1994 sexual assault for which Petty was already convicted and served time. (The Real, TheGrio, USA Today)

Black women made history at this years Emmy Awards

Though no Black actors took home acting awards at this year’s Emmys, Black women still made history. Michaela Coel, who won an Emmy for Outstanding Writing In A Limited Series for “I May Destroy You,” challenged viewers to turn away from “the need to be constantly visible.” “Do not be afraid to disappear from it,” Coel said, “and see what comes to you in the silence.” Legendary director, producer and choreographer Debbie Allen was honored with this year’s Governor’s Award for her 50 years in the industry. “Let this moment resonate with women across the world and across this country, from Texas to Afghanistan,” said Allen in a moving speech. “It’s time for you to claim your power. Claim your voice, sing your song, tell your stories.” Both Coel and Allen are the first Black women to have won their respective awards. (The Atlantic, Deadline)

After an unimpressive opening to his trial defense in a New York court, Kelly’s lawyer closed the singer’s defense late this week by comparing his battle against charges of sex trafficking and sex with minors to Martin Luther King Jr.’s leadership in the fight for civil rights. Kelly’s lawyer, Deveraux Cannick, quoted King’s “I’ve Been to the Mountaintop” speech and claimed that, like King, Kelly only wanted to make America “be true to what’s on paper.” (Rolling Stone, Chicago Tribune, NY Daily News)

We bid farewell to several stars this week, including the iconic filmmaker, writer and actor Melvin Van Peebles. He died Tuesday night at age 89. Van Peebles, sometimes called the Godfather of Black Film, is best known for his era-defining film “Sweet Sweetback’s Baadasssss Song.” He was influential to a number of prominent and celebrated Black filmmakers, including his son Mario Van Peebles, Spike Lee and the late John Singleton. In addition, singer Sarah Dash, a founding member of the groundbreaking group LaBelle, died this week at 76, just two days after her last performance with former bandmate and lifelong friend Patti LaBelle. She was remembered by Nona Hendryx as “the glue” of the trio. Finally, comedian AJ Johnson, known well for his appearances in the “Friday” and “House Party” films, died earlier this month after being found unresponsive in an LA store. He was 55 years old. (The Root, Hollywood Reporter, NYT, Billboard, NPR) 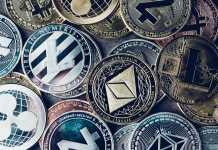 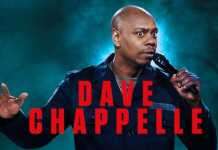 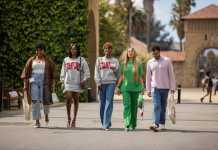