Subscribe
Home Arts + Culture My trauma is not your entertainment

Melody Hurd as Gracie Jean Emory and Deborah Ayorinde as Livia “Lucky” Emory in “Them.” Courtesy of Amazon Studios

Like most parents, Henry and Livia Emory wanted the best for their children. Their desire to better not only their lives, but the lives of their children, is what prompted them to relocate their family into a suburban, and predominantly white, neighborhood.

While the home fit their family, neighbors felt their family didn’t fit the home. The Emorys became the target of a series of racist attacks and received little aid from the local police department.

That is the plot of the Lena Waithe-produced series “Them,” currently streaming on Amazon. The Emorys are fictional, but the racism and terror displayed throughout the series is very much real.

I turned it on earlier this month, hoping for an escapist, late-night binge watch. Instead, I watched this fictional family be terrorized endlessly on screen, leaving me gripped with fear and stuck firmly in reality. “Them” weaves elements of genre horror into the historic segregation story, set in 1953, but the non-physical acts of harassment experienced by the Emorys instead reminded me of a situation in Grosse Pointe Park, Mich. from just a few weeks ago.

In March, a Black woman contacted local police after her neighbor began to strategically display a Ku Klux Klan flag facing her dining room window. Shortly after her complaint, she began to receive negative Google reviews for her small boutique. While the flag’s display was frowned upon, her neighbor faced no charges because no crime was committed under law. Like the Emorys, JeDonna Dinges saw her existence threatened, just because of where she lived. “We do not feel safe,” she said, speaking of Black residents in the historically white and wealthy suburb of Detroit.

Why has Black trauma become source material for entertainment?

Oscar Grant was killed by Bay Area Rapid Transit police on New Year’s Day 2009. The video of his final moments is one of the earliest viral videos showing an unarmed person murdered at the hand of police.

Four years later, Ryan Coogler made his directorial debut with “Fruitvale Station,” a critically acclaimed independent feature film based on Grant’s life and centered around the time leading to his final moments. The film would premiere a day before a jury acquitted George Zimmerman in the death of Trayvon Martin. The viral videos have just kept coming, and so have the movies and shows that mine Black death.

I’m familiar with the saying art imitates life, but what is the effect that the imitation is having on our reality?

We sit and consume CNN, MSNBC, FOX News, Twitter and Facebook as they present countless gruesome images and videos of people who look like us, who are killed while simply living. We see the accounts of their families, scroll the pages of the victims to see what type of person they were and argue endlessly about the bare facts we are presented with.

We couldn’t celebrate the justice one received because another was struck down minutes before the verdict was read. We can’t escape the killings and drift into television fantasy because the most anticipated show streaming now mirrors the heartache we are trying to escape.

There is no time to heal or hide from our trauma. It’s there every time we power on. 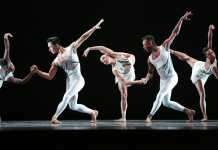 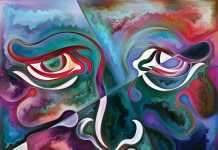 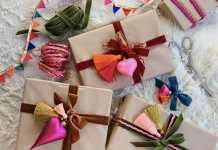 In Style: Pucker Up