President Biden named 17 recipients of the 2022 Presidential Medal of Freedom including Denzel Washington, Sandra Lindsay and Diane Nash. The Presidential Medal of Freedom, given by the acting President, is the nation’s highest civilian honor, presented to Americans who have make exemplary contributions to the prosperity, values, or security of the United States and overall world peace.

“The seventeen Americans chosen demonstrate the power of possibilities and embody the soul of the nation – hard work, perseverance, and faith,” said President Joe Biden in the official press release. “They have overcome significant obstacles to achieve impressive accomplishments in the arts and sciences, dedicated their lives to advocating for the most vulnerable among us, and acted with bravery to drive change in their communities – and across the world – while blazing trails for generations to come.”

These individuals are among the 17 who will be awarded the Presidential Medal of Freedom presented at the White House on July 7, 2022.

Simone Biles is the most decorated American gymnast in history, with a combined total of 32 Olympic and World Championship medals. Biles is also a prominent advocate for athletes’ mental health and safety, children in the foster care system, and victims of sexual assault.

Sandra Lindsay is a New York critical care nurse who served on the front lines of the COVID-19 pandemic response. She was the first American to receive a COVID-19 vaccine outside of clinical trials and is a prominent advocate for vaccines and mental health for health care workers.

Fred Gray was one of the first black members of the Alabama State legislature since Reconstruction. As an attorney, he represented Rosa Parks, the NAACP, and Martin Luther King, who called him “the chief counsel for the protest movement.”

Diane Nash is a founding member of the Student Nonviolent Coordinating Committee who organized some of the most important civil rights campaigns of the 20th century. Nash worked closely with Martin Luther King, who described her as the “driving spirit in the nonviolent assault on segregation at lunch counters.”

Denzel Washington is an actor, director, and producer who has won two Academy Awards, a Tony Award, two Golden Globes, and the 2016 Cecil B. DeMille Lifetime Achievement Award. He has also served as National Spokesman for the Boys & Girls Clubs of America for over 25 years. 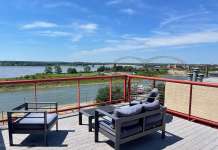 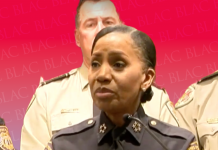 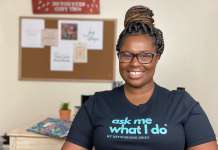 “Say More About That” Teaches You How To Stand Up and...