Movies and TV shows are a great getaway from the strains and worries world. They make us laugh, cry and understand the world around us. It makes us more empathetic — in fact, researchers say that watching TV helps us better read the emotions of others. So expand your horizons, give your emotional intelligence a boost and discover stories far and wide with these Black film and TV perfect for this September, whether you’re searching for a comedy, a drama, or something in between.

This film, directed and co-written by Gina Prince-Bythewood, stars Viola Davis as the eponymous “Woman King.” It is based on the history of the Kingdom of Dahomey, one of Africa’s most powerful civilizations in the 18th and 19th centuries. Davis portrays General Nanisca of the Dahomey Amazons, an all-female military unit. The general and Nawi (played by Thuso Mbedu), an aspirational recruit, battle the enemies of their country who had oppressed their people, betrayed their honor and threatened to destroy their nation. As this is a hero movie, after all, every Dahomey Amazon looks ferocious, royal, and majestic in all the fight scenes.

The movie is coming to a theater near you on Sept. 16.

On Sept. 23, catch a documentary on Sidney Poitier, the first Black man to win an Oscar on Apple TV+. Poitier’s portrayal of a handyman earned him matinee idol status and an Academy Award in 1963. Produced by Oprah Winfrey and directed by Oscar-nominee Reginald Hudlin, the documentary will examine the life of the icon through archival film footage and in-depth interviews with Oscar winners Denzel Washington, Barbra Streisand, Spike Lee, Halle Berry, and the former U.S. among others, Ambassador Andrew Young.

Watch this adaptation of “The Wonder Years” and follow the story of Dean Williams (played by child actor Elisha Williams), a pretty average middle school student, whose life is narrated by Don Cheadle as a grown-up version of our youthful protagonist. Set in Montgomery, Alabama in the late 1960s, Dean had a straightforward childhood, given the time and location, he was headed for some of the most turbulent events of the decade that would come to characterize the Civil Rights Movement.

You can catch this heartwarming and nostalgic series on Hulu.

As a top student, skateboarder, and Superman enthusiast, Naomi McDuffie (played by Kaci Walfall) is enjoying her best life when her world is turned upside down by a stunt in the center of her hometown of Port Oswego. In this drama, a cool, self-assured, comic book-loving youngster chases her unfulfilled destiny. When a paranormal occurrence rocks Naomi’s hometown, she sets out to discover its cause.

Watch full episodes of the series for free on CW’s website.

“Raising Dion” follows a single mother and her superpowered kid on their heroic quest to use his abilities for good while dealing with everyday family struggles. The program blends high-stakes drama with action and likable characters. Take a peek at the actors who portray them below. Played by child actor Ja’Siah Young, the 10-year-old superhero Dion Warren is entrusted with saving the world while still completing his schoolwork. It’s a difficult undertaking, but he receives the instruction to help him fully master his powers just in time to face the enigmatic, malevolent force coming his way.

Stream seasons one and two on Netflix.

Created by former BuzzFeed YouTuber Quinta Brunson, this Emmy-nominated series will surely leave you rolling on the floor, laughing. A fictional documentary team dives into the lives of the teachers at Willard R. Abbott Elementary School in Philadelphia, a predominantly Black public school. The conditions are poor, and few instructors stay for more than two years. In a group of twenty teachers, just two survived through the first year: history teacher Jacob Hill (played by Chris Perfetti) and second-grade teacher Janine Teagues (played by Brunson). Journey with the teachers as they struggle to inspire and teach students — or at least just survive the school year.

You can stream this series on Hulu.

This trendy, contemporary, and funky version of the iconic television show “Bel-Air” is executive produced by Will Smith. It is based on a short film by Morgan Cooper that reinvented what “The Fresh Prince of Bel-Air” might be like in the 2020s. Get a fresh, dramatic perspective on a teenager’s difficult journey from the streets of West Philadelphia to the gated mansions of Bel-Air. Will (played by Jabari Banks) wrestles with the value of second chances as these two worlds intersect while navigating the tensions, feelings, and prejudices of a setting that is very different from all he has ever known. 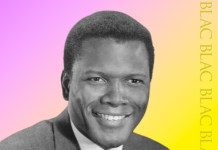 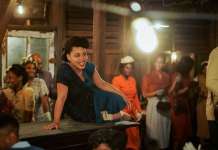 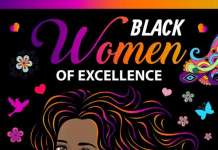 Honoring the Black TV moms who raised us