Inspired by Ralph Ellison’s Invisible Man the same way Ta-Nehisi Coates’s Between the World and Me was inspired by James Baldwin, Harrison Mooney’s debut memoir will captivate readers with his powerful gift for storytelling, his keen eye for insight and observation, and his wry sense of humor. Invisible: A Memoir of Self Discovery released on paperback Sept 20 about an unforgettable coming-of-age memoir about a Black boy adopted into a white, Christian fundamentalist family.

Harrison Mooney’s riveting story of self-discovery lifts the curtain on the trauma of transracial adoption and the internalized anti-blackness at the heart of the white evangelical Christian movement.

As an adopted and homeschooled Black boy with ADHD at white fundamentalist Christian churches and tent revivals, Mooney was raised amid a swirl of conflicting and confusing messages and beliefs. Within that radical and racist right-wing bubble along the U.S. border in Canada’s Bible Belt, Harrison was desperate to belong and to be “visible” to those around him.

But before ultimately finding his own path, Harrison must first come to understand that the forces at work in his life were not supernatural, but the same trauma and systemic violence that has terrorized Black families for generations. Reconnecting with his birth mother–and understanding her journey–leads Harrison to a new connection with himself: the eyes looking down were my true mother’s eyes, and the face was my true mother’s face, and for the first time in my life, I saw that I was beautiful.

Harrison Mooney is an award-winning writer and journalist from Vancouver. Prior to penning his debut memoir, Harrison worked for The Vancouver Sun for nearly a decade as a reporter, editor and columnist. His writing has also appeared in the National Post, Yahoo, The Guardian, and Macleans. He lives in East Vancouver with his family. 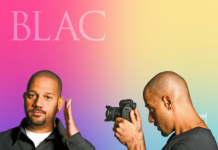 The Art of Packaging: Identifying the Best Black Package Designers